Gaming and Fitness - Year One #gamedevdiet

April 19, 2011
Ok, So maybe not a full year - but last July I blogged about our attempts to keep healthy - and in the intervening time I've kind of worked out what I like doing.
I mentioned last July I enjoyed the boxing games on the EA game enough that I did make it to some boxercise classes at Riverside - the first one was lovely, mixed small group - but I ached afterwards - for days. I went to a couple more but the ratio of males / females soon dropped to just males (in fact entirely made up out of other trainers in the gym and some of my 2nd year students) So since I wasn't really enjoying it I gave it up.
Zumba's still going strong, in fact I brought the Zumab Wii game from Tesco - out of curiosity and some good reviews, and it's pretty faithful to Emily's classes, which meant a year of Zumba hasn't been wasted if I can score 'Zumba Pro' on my first attempt. 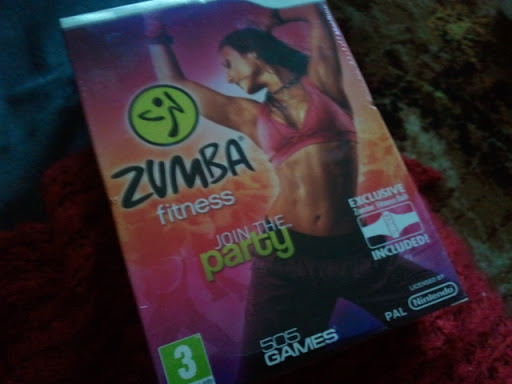 I also picked up a second hand Wii Fit Plus Kit, so now we have a balance board - and I have to admit it's pretty good fun - even Pete was having a go. It also unlocks a whole series of extra exercises in the EA Personal Trainer - whch is good, because I did get a little bored of that.
I also have Just Dance - again, which I've only scratched the surface of..
Which leaves me to a dilemma - I don't want want to get bored of any of them, and I'm determined to do 30 mins every morning of Wii Related exercise - and I think I have a solution (and it is in fairness the same solution I have for most things) - LET THE DICE DECIDE!