May 02, 2011
Ok, so it's the last day of the long, extended Easter / May / Royal Wedding break - and just for my own sanity a little bit of a round up.
Games
The thing I've realised is that I really really like sim / strategy / tactics games - and RPG's - but mainly games that are silly, or have a big comedy aspect. So, even though things like Arkham Asylum are pretty, and I'm sure Portal 2 is great - (I've not finished Portal yet) - I've logged so many, many hours playing Evil Genius over the last week or so. I've also played a lot of Grotesque Tactics: Evil Heroes & Magicka (I'm up for playing Magicka Multiplayer if anyone else has it - add me on Steam etc etc)
I've already mentioned the Bank Holiday Wii Game session
And board games - Afternoon Play (I've spent a bit of time tidying up some of the stuff on AP - including a blog with links to all the games we've played.) was yesterday and by request of people I brought the Lego Creationary game - a bit of a nightmare to transport but immensely good fun (it's like Pictionary with lego) 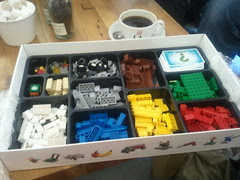 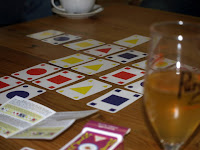 ( Niche )
I was hoping to finish off Lego Harry Potter this week, and I suppose I've still got a bit of time, but I'm really savouring that until Lego Pirates of the Caribbean comes out in a few weeks.
Eating Drinking & Catching up with people
I love lunching, and I've made good use of my Stafford Enjoy Card this week - lunching in The Pie & Ale & The Bear Grill - mainly because Olly was in town, and we finally met his friend Adam. 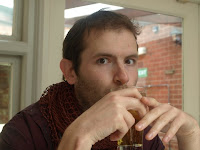 (Olly at The Bear Grill)
We also managed to have a quick picnic with old friends of mine from Cardiff, in Birmigham - Sharon & Jonjo - which makes my New Years Resolution of meeting up with people on my Christmas card list a bit closer to reality! Hoorah!
I've also been out for dinner a fair bit, a Pizza Express with the girls (this was followed by cocktails & darts) and out the Vivare with Pete 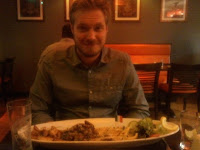 (Pete with the mighty Sea Bass at Vivare)
After Afternoon Play Gaz, Pete and I went to Brindly place to drink expensive beer by the canal side. 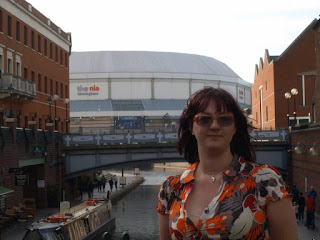 (the National Indoor Arena doing a sterling job of coordinating with my new dress)
Shopping
I've done excellent shopping - Games, as mentioned above, but also all of my Bridesmaids stuff for Jess's wedding next year, Birthday presents for Gazzy, LB & Harry, tickets to BCN to go see the Parental units in July and this very pretty Rocha John Rocha dress from the British Heart Foundation: 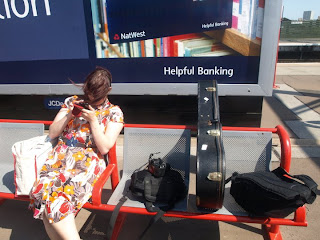 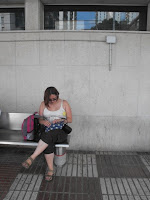 (l'Hospitalet Station, LH - 2009)
We've also done some tidying up in the garden, brought some new plants and done some tweaking to the plants at the front. 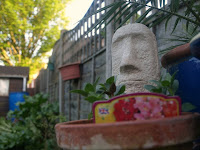 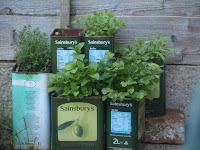 (New Herb Garden)
Telly
And finally, if I haven't been out lunching, drinking or shopping I've been watching telly. First up I'm loving Dr. Who - It nice to be treated as an intelligent audience member, can't wait to see how the series develops.
Yes we watched the Royal Wedding (ok, we were lounging around in bed, eating cut price Easter Eggs and twittering on #royalweddingtweetshow - official hashtags were just full of vomit worthy sentimentality. ) - But we've paid for it so we may as well look at the pretty dress (and she did look pretty, and they did look happy etc etc). I was impressed at how quickly the Internet geered into snark though: these two being favourites 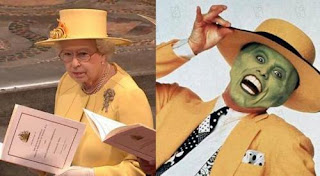 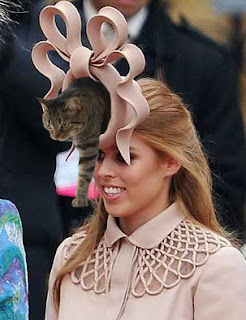 Oh, and we finished watching Doll House - which means we're at a loss as to watch now, and we tried to watch Twlight and agreed that was 45 mins we'll never get back.
That's it really I'm rather looking forward to going back to work for a few days - then it's off, back to Brum, to see Uncaged Monkeys!